See the original publication of this interview at ToneDeaf.com.au

Three-fifths of the world’s most accessibly weird rockers, Californian avant-garde-ish Faith No More, are milling in a spacious event room at a Sydney hotel. It’s the Friday morning before their headline set at Soundwave that weekend, and founding members Mike Bordin and Roddy Bottum and guitarist Jon Hudson are ever the seasoned interviewers – calm and collected, sipping on coffee and water.

“I think we’ve made a real career of being outsiders”, softly spoken Roddy says, of their veteran presence on the festival circuit. “We’ve never really considered ourselves part of any sort of movement. So we went out of the way to distance ourselves from other musical things that were out there, and we didn’t honestly have a lot of affinity towards other bands.

“We toured with them, and we’re friendly with people, but our entity was kind of always on its own, so we don’t really feel a connection with the rest of the music world,” the keyboardist offers.

Too right. Their signature noise, which traverses nomadically through genres like rock, metal and pop, remains lacquered by seductive keyboard and piano, underscored by epic riffs, and fueled by vocalist Mike Patton’s scat-like croons and screeches. Their flavour of sound remains unchanged, but advanced by a decade-long hiatus.

The reassembly of a classic band after a long break is usually marketed as fine wine. Time has refreshed the artists, the trope goes, and the glory days shall be relived. The pledge carries a hefty price tag – Led Zeppelin’s Robert Plant famously aborted plans for a global reunion tour in 2007, after sneering at “middle-aged” performers and declaring the tour would have been “an absolute menagerie of vested interests”.

No such cynicism seems to apply to these eclectic musicians and their archetypal mad-scientist front man Patton, and punk-rock loving bassist Bill Gould. Consistent touring since their reunion in 2009 has elicited slushy excitement and positive reviews. Now fan apprehension is peaking ahead of the band’s first studio album release in eighteen years – Sol Invictus, which means “unconquered sun”, is out mid-May.

Barefoot and framed by his famous long, black-grey dreadlocks, drummer Mike Bordin, who has performed extensively with Korn and Ozzy Osbourne, channels all the positivity of an annoyingly upbeat companion during an unexpected airport layover. He insists the band’s considerable legacy is a source of pride – not burdened expectation.

“We want to get this stuff out there. I think all of us do – it sounds good to us, it feels good, and we want to play it,” he says, sitting cross-legged on a chair.

“Look at it this way, you’re in Faith No More, you write ‘We Care A Lot’, or ‘Chinese Arithmetic’ and ‘Epic’ well shit – how do you follow that? You don’t, you don’t! You just keep going. Being a relative term that success is, it can also be a work in progress – it can be over time you know. Go do something rather than repeating – to me that is success, to be able to evolve,” he says.

‘Motherfucker’, the tepid three-and-half-minute track from the new record, is a curious first-single release. The interlude-type song is the quietest and most understated out of the ten, and didn’t go down great with fans. The band have opened most of their Soundwave sets with the song too – leading TheMusic’s Brendan Crabb to speculate the track has been used as a deliberate, shit-stirring display. 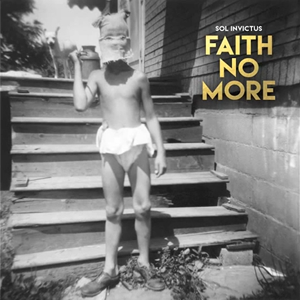 Having just debuted on Marvel.com, second single ‘Superhero’ is a far more accurate glimpse of what’s to follow. Jumpy and layered with thunderous operatic tones, it’s a fitting precursor to the vitality of ‘Sunny Side Up’, and the contained chaos of ‘Matador’. Creatively, there’s no question of organic synthesis here – even if it did take years of individual pursuits before the group felt capable of producing something “more to say”, as Jon puts it.

“After playing the existing material for so many years, I think it became more apparent to everybody that there was something more to say, something new to say – as opposed to feeling like we’d concentrate our energies on finding a new way, of saying the same thing,” the quiet guitarist says.

Sitting introspectively and leaning to his left side, Jon gently continues that external validation is a pool they try not to slip into.

“It depends on how you define it – there are personal successes, as well. You can examine your own achievements, contributions or performances, and you can evaluate and say well – this is what I aimed for, and this is how close I got. Or maybe you can look at it in the context of how it is received by others,” he says.

Convenient segue. It’s easy to assert that it’s all about the music, man – especially after so many opportunities to let the band’s catalogue remain unelaborated upon. But the lure of reaction must be buzzing when good, and potentially disheartening when absent – especially in a culture that fetishises success, even if it is a subversive version. So do they care a lot?

“It’s still very secondary,” Mike insists. “[The album] is not going to come out unless it’s the best we feel we can do, and that’s what it is about – what we feel we can put together, and make something we’re fucking proud of. And there’s no way we could have done this without a long break,” he finishes.

“We’re a weird band. I mean, I’m grateful for where we are, and it’s great that so many people like us, but it blows me away – I can’t believe people like what we do, that’s so weird for me,” Roddy adds.

The clash between reaping the social dividends of producing music that sits on the fringes, versus enjoying the capitalist spoils of money and fame, seems unencumbering to Faith No More – probably because it feels like their authenticity as an “out-there” band is among the most unquestionable.

Weirdness, Inc. as a brand is kept fresh by the new record and their Soundwave performances, like Patton’s c-bomb chant at the Sydney show (“We can’t say this in America, you guys just don’t seem to care here!”) or his interruption of crowd sing-a-long ‘Midlife Crisis’ to perform an a cappella rendition of ‘The Lion Sleeps Tonight’.

Deliberate or not, the fellas give the impression that they would be just as satisfied playing to a small crowd in Amoeba Records in their hometown of San Francisco, like they did recently, as they would serenading a stadium of thousands.

We discuss how this ability to generate consistently relevant material, even in a time where subversion is the new normal, inspires fanaticism in their hordes of cult-like devotees. Without missing a beat, Mike points to a nearby oblivious cleaner humming a vacuum just outside the door.

“Yeah – that guy has been stalking us for weeks!” he laughs.

Roddy reels him back.

“What we aim for is high drama. High drama attracts high drama – and I think we encourage it. Not so much consciously. And I’m not saying it’s not a cohesive, well-oiled machine…we’ve honed our drama – we go for the high-highs, and the low-lows,” Roddy finishes.

australian journalist living in canada. View all posts by croberto